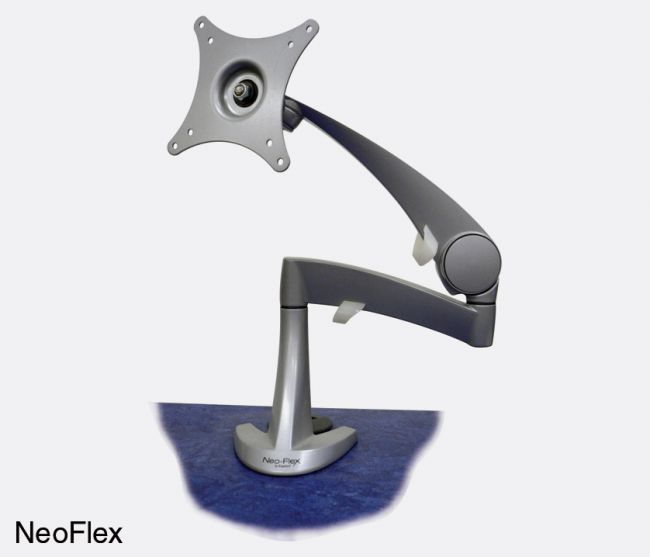 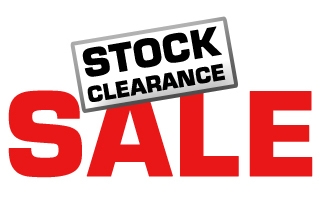 In Stock
Only 2 left

This is a clearance item. Ships in 2-4 weeks.

No return, no cancellation

Details
More Information
Reviews
ERGOTRON FLAT PANEL MONITOR ARMS These desk-mounting arms fit to VESA compliant screens, positioning LCD monitors and TVs to free up space and maximise comfort and productivity. Neo Flex LCD Arm A vertical pillar clamps to a horizontal surface up to 51mm thick. A horizontal arm of approximately 200mm length attaches to the top. This can swivel through 360 degrees in the horizontal plane. It joins to a second arm, approximately 280mm long, with a joint allowing movement in the vertical plane when a large button on the joint is pressed. On the end of this arm is the VESA mounting plate which can rotate through 360 degrees for portrait/landscape positioning, and swivels in the vertical plane. Maximum height, from the desk surface, of the plate centre is thus 424mm, with roughly 200mm spacing from the edge of the desk. When the centre of the plate is set 206mm from the surface, the arm extends 490mm from the desk edge. Clips are provided to hold cables. Monitor compatibility: VESA FDMI, MIS-D, 75/100, C (fixing hole pattern: 100 x 100 mm and 75 x 75 mm). Monitors with non-removable bases and monitors with cables that exit straight back are not compatible. Use monitors with cables that exit downward or sideward. Maximum load: 8.2kg, assuming that the monitor is up to 50mm deep. LX This is a 'constant-force' design, which holds the monitor at the same angle throughout the range of vertical motion using a four-bar linkage. A vertical pole, approximately 320mm high, attaches to the surface edge, 13 to 47mm thick, with a clamp. A horizontal arm attaches at any point on the pole, and swivels through 360 degrees horizontally. This is jointed, roughly 230mm from the pole centre to a second arm. The joint allows movement through 360 degrees horizontally and adjusts in the vertical plane to give a 330mm height range. On the end is the VESA mounting plate which swivels through 90 degrees for portrait/landscape positioning and pans 180 degrees to the left and right. The screen tilts vertically. Tilt range: 5 degrees down to 75 degrees back from the vertical. Maximum reach is 658mm from the surface edge. Integrated cable management routes cables under the arm.
Write Your Own Review