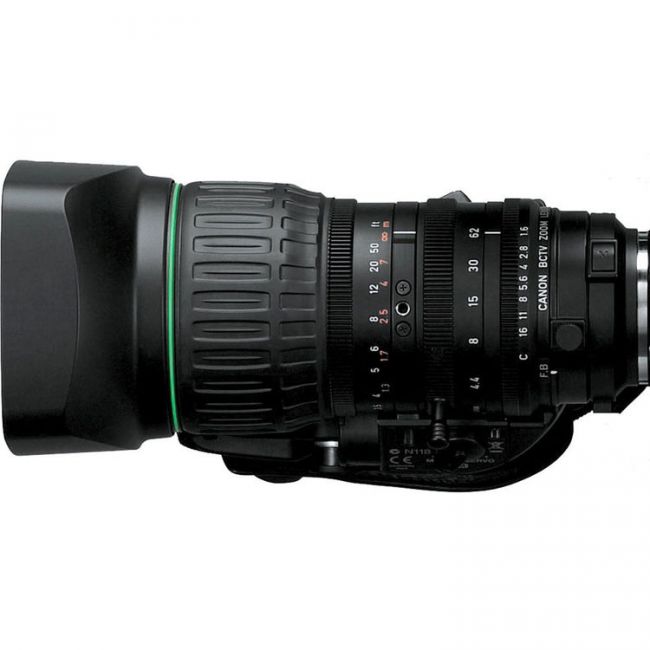 Details
More Information
Reviews
The Canon KT14x44KRS 1/3" HDgc Lens is a high definition, 14x zoom lens for 1/3" CCD video cameras including the JVC GY-HM750, JVC GY-HM710, JVC GY-HM790, and other available cameras with a 1/3" mount. It is suitable for ENG style and HD productions, and it is part of the Canon HDgc line of lenses. The HDgc lenses feature flourite lens elements and Hi-UD glass. The lens features 14x zoom range of 4.4 to 62mm and maintains a constant f-stop of 1.6 throughout the range. It also covers both 16:9 and 4:3 aspect ratios, so you can use it on cameras that shoot in either aspect ratio. The lens features manual or servo control of both zoom and iris functions and macro feature for extreme close up work.
Write Your Own Review