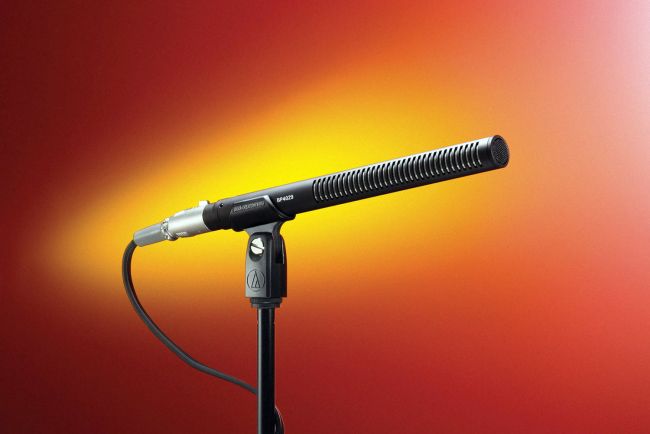 Based on models originally developed for use in the broadcast of the Sydney Olympics in 2000, the BP4027 (14.96" long) and BP4029 (9.29" long) Stereo Shotgun models are engineered for high-end broadcast and production use. Both microphones feature independent line-cardioid and figure-of-eight elements configured in an MS (Mid-Side) arrangement with switch-selectable internal matrixing. These innovative microphones allow sound recordists the choice of selecting a left-right stereo output (wide or narrow) via the microphone's internal matrixing system or choosing discreet Mid-Side signals for later manipulation, a flexibility not available from any other manufacturer.

Did You Know....... Many top record producers, when recording vocals, will use a dynamic mic for up close vocals and a heavily compressed shotgun mic about five feet away. It's true! The dynamic mic not only captures part of the final sound, but is also useful for giving the artist something to focus on, keeping a fairly consistent position relative to the shotgun mic. Have a shotgun mic on hand for your next vocal session....it could be the goldmine you've been seeking!